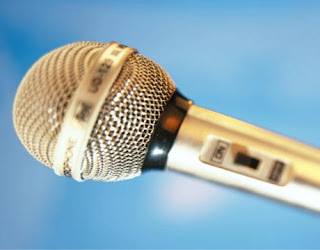 Chatting inside the Monad : notes on a “A Collection of Smiles”.
by Alessandro Bosetti

What happens when we talk to each other ? Behind the meaning. Behind the words. Behind the people themselves. What is that reticular tangle, map or rhizome we call a conversation ?

What happens when a small group of individuals find themselves in an isolated room and have a totally casual, unprompted verbal interaction ?

“A Collection of Smiles” is an acoustic portrait of such a situation – trivial and precious at the same time – intended as a monad, a self contained space where everything lives within, already encapsulated, already implied.

Several people, some already acquainted to each other, some not, are left alone in a room in front of microphones. They are not told what to talk about, they have an hour of time. Voices are recorded separately so that they could thereafter be cut, spliced, repeated, reorganized in different and ever changing constellations.

Afterwards speech is not only reorganized but also progressively transformed into musical material. Spoken phrases are transcribed into pitches and melodic profiles and arranged and re-composed for a small chamber ensemble with guitar, oud, contrabass-clarinet, violin, piano and celesta.

In this process words and phrases turn themselves into melodic progressions. Infinite recombinations are possible. Counterpoint is the perspective and the motor. The relations between the speakers – that could even be though about as a polyphonic vocal ensemble performing ready-made spoken madrigals and motets- are contrapuntal . The relation between melodic phrases and progressions in the instrumental ensemble is contrapuntal. The relation between spoken phrases and their melodic shadows played by the instruments is contrapuntal.

Speech and its instrumental shadows face themselves as in a mirror. Melodies and their spoken aliases claim a primacy that’s hard to establish. The antiphonal game of imitation between speech and music continues indeterminately as in the infinite bouncing of reflections between two mirrors placed one in front of each other.

What are those individuals talking about ? It’s nothing special, really.

Such a simple conversation is the stuff of everyday talk wrapping around reality and itself in a circular and enclosing movement. It is something we know all too well. Is what we just did a short time ago while been talking to the last person we met. We surely have been talking about something, no matter what, just something…

This conversation is – and re-tells – the utterances of our social existence. Small talk. Not so important and at the same time all that there is.

Small talk is neither small nor big. It is undimensional and rather stretchable. Small talk, big talk, we always keep ourselves busy by telling something. We fill the space with our important or negligible words. Most of times – when we don’t do it – somebody else does it. When nobody else does it there are good chances that we are alone. Thats is why we always keep up the talk in an enactment of “aboutness” that wraps itself around reality like a warm coat.

There are cases in which we pull the words apart stretching the space between them. This crevice is always a loaded territory and the theater of tension. Likewise, when we pull two words apart the space between them is miraculously filled up by other words as if those always have been there. An implied and hidden texture unfolds when we try to make the knots of language looser. I believe this often becomes apparent in “A Collection of Smiles”

The acoustic space where this all happens is closed and – in a Leibnitzian perspective – has no windows, just an infinite net of internal implications and textures ready to unfold. As in a baroque painting, where no background is visible – and the light seems to come from within – no sounds from the outside world have been used. No field recordings, concrete samples or ambiances are there to comment, integrate or signify the meaning of words. Where the concrete world should be are instruments as placeholders, totems, abstract interval-machines.

In several pieces I’ve dedicated much attention to the sonorous potential of speech and language. So far my focus has been monophonic : speech is what “somebody says”. Still no language is possible if there is no interaction. In language’s nature is inscribed that I should go from an emitter to a receiver – even if the receiver is an imaginary one – and somehow exist in the empty space between the two.

In “A Collection of Smiles” it has been my intention to observe, capture and portrait the acoustic manifestation of language as something that happens in between. Between multiple people, multiple voices, multiple mouths.

One speaker says : I am smiling again.

Another answers : I can hear it.