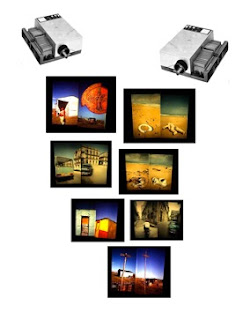 –
Rinus van Alebeek: Lecture and A Story in Sound

Though many people may think ‘field recording’ is an art form, I think it is not. It is just sounds that enter the microphone when the red button of the recording device is pressed. I have many of those recordings on tape. I consider them conceptual recordings, because any description of its contents is valid, even if I make them up.

There is some meanings to errant, all of them uniting in a place one can call the unknown. This movement, to me, is one important reason to perform.

Rinus van Alebeek (1956, Heerlen, The Netherlands) is a writer who uses his (environmental) recordings on tape to narrate a story. Thanks to a great number of concerts, sometimes an average of ten in a month, he developed an approach of which people say it is ‘ between noise and pure poetry.’

“Rinus van Alebeek is a peculiar observer of reality and an artist who instinctively transforms lo-fi tape recordings into evocative sound poems, being able to create a “détachement” towards the used media, which is a characteristic of the most original artists.” (Luis Costa, president of Binaural and Associação Cultural de Nodar)

He not follow a straight line, use the photography as a paper copy of an idea, writes slides symphonies, videos and constructs installations with found objects.