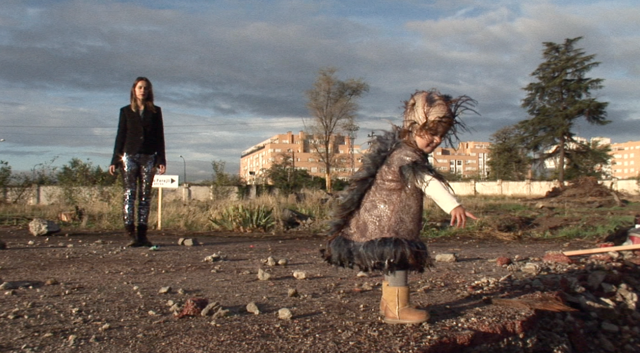 In a loving dialogue with Pasolini’s “Uccelacci e Uccelini (Hawks and Sparrows)”. With empathy to an understanding of one’s own work, one’s own film, that is yet to be done. Sitting with the audience on Alfombras. Spatial transformations to capture disorders and words. Grown out of the experience of performing songs: they are a scenography, a scenography of the writing that reflects its slippery, fragmentary essence.

DISCOTECA FLAMING STAR:
an interdisciplinary collaborative art group, a group of people which uses songs and other forms of oral expression, understanding them as a personal response to historical events and social and political facts.

Through conceptual, visual and musical transfers, they create performances, sculptures, drawings, stages and situations whose foremost intention is to question and challenge the memory of the public, transforming old desires and finding invented pasts, or pasts which never occurred. DFS is the place where the oracle speaks through the non-chosen. DFS is a love letter written in the present continuous, a love letter to thousands of artists.

DFS present wonderful songs of love, consumption, fervour and feminism, carpets that help to cross burning bridges, fragile essays as drawings, and things that go together even though they shouldn’t…

They act directly in the gap between action and documentation, generating and finding documents that can be used to articulate strange tongues and languages that incite action and argument.

Cristina Gómez Barrio and Wolfgang Mayer have been the base of Discoteca Flaming Star since 1998.