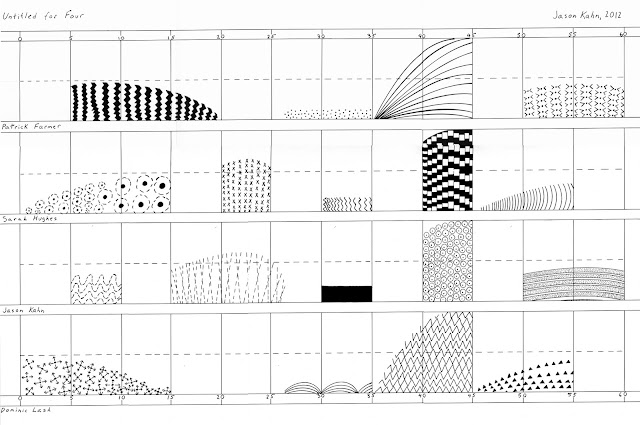 “Since 2004 I’ve been realizing graphical scores for different groups of musicians. The scores leave room for improvisation but also impose a time structure on the movement of the pieces and a set of abstract graphical forms for the musicians to interpret. I tend to work with musicians who either I know personally or whose music I have heard, as I compose these pieces for specific people as opposed to just instruments. Each score is composed for a particular group, ranging in size from four to eight musicians. The pieces last from sixty minutes to two hours. I’m as much interested in the social dynamics of the different personalities involved in these groups as the instruments these musicians play.”

More information about previous scores can be found at http://jasonkahn.net/scores/index.html