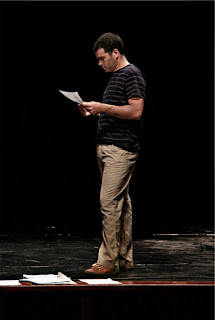 We cordially invite you to the presentation of the book:

The book assembles six conversations recorded in Berlin between
Heimo Lattner and colleagues – Karolin Nedelmann, Moritz von Rappard,
Judith Raum, Brandon LaBelle and Jassem Hindi – focusing on the artist’s
research and practice. The conversations form a base for exposing key issues
approached in Lattner’s work, from Greek theater to city development,
processes of displacement and gentrification to the re-interpretation and
appropriation of cultural traditions, languages and ancient forms of communi-
cation. At the center of the conversations is the recurring theme of the voice,
which Lattner’s work queries as fundamental to issues concerning the formation
of social and cultural identity. Lattner asks us to consider how the voice comes
to carry contested meanings.

Heimo Lattner is an artist working with film, video, performance, audio-play,
room installation, installation and intervention in public space, drawing,
cartography and writing. Since the late 90s he has also worked in the collective
e-Xplo with Erin McGonigle and Rene Gabri, developing interventions in
public space. Lattner is a founding member and co-operator of the project-
space General Public in Berlin. He is a guest lecturer at several universities
in the fields of research-based art, public art and creative writing. He lives in Berlin.