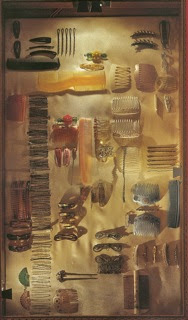 Parallel to his novel “The Museum of Innocence” Orhan Pamuk had built a museum of the same title in Istanbul, assembling objects that play a role in the novel. In more than 80 vitrines the objects correspond in a new way and convey the zeitgeist of the western orientated upper class in Istanbul’s 70s. Commissioned by HR and SWR, Antje Vowinckel transformed the idea of the museum into acoustic images, using glass
resonances as an acoustic metaphor for the vitrines.

The Threshold
Sitting at the threshold, the presence of childhood innocence renders complex boundaries to a moment of spiritual elevation. A video recorded serendipitously in Istanbul, Turkey in January 2012.