The School of Public Life – launch 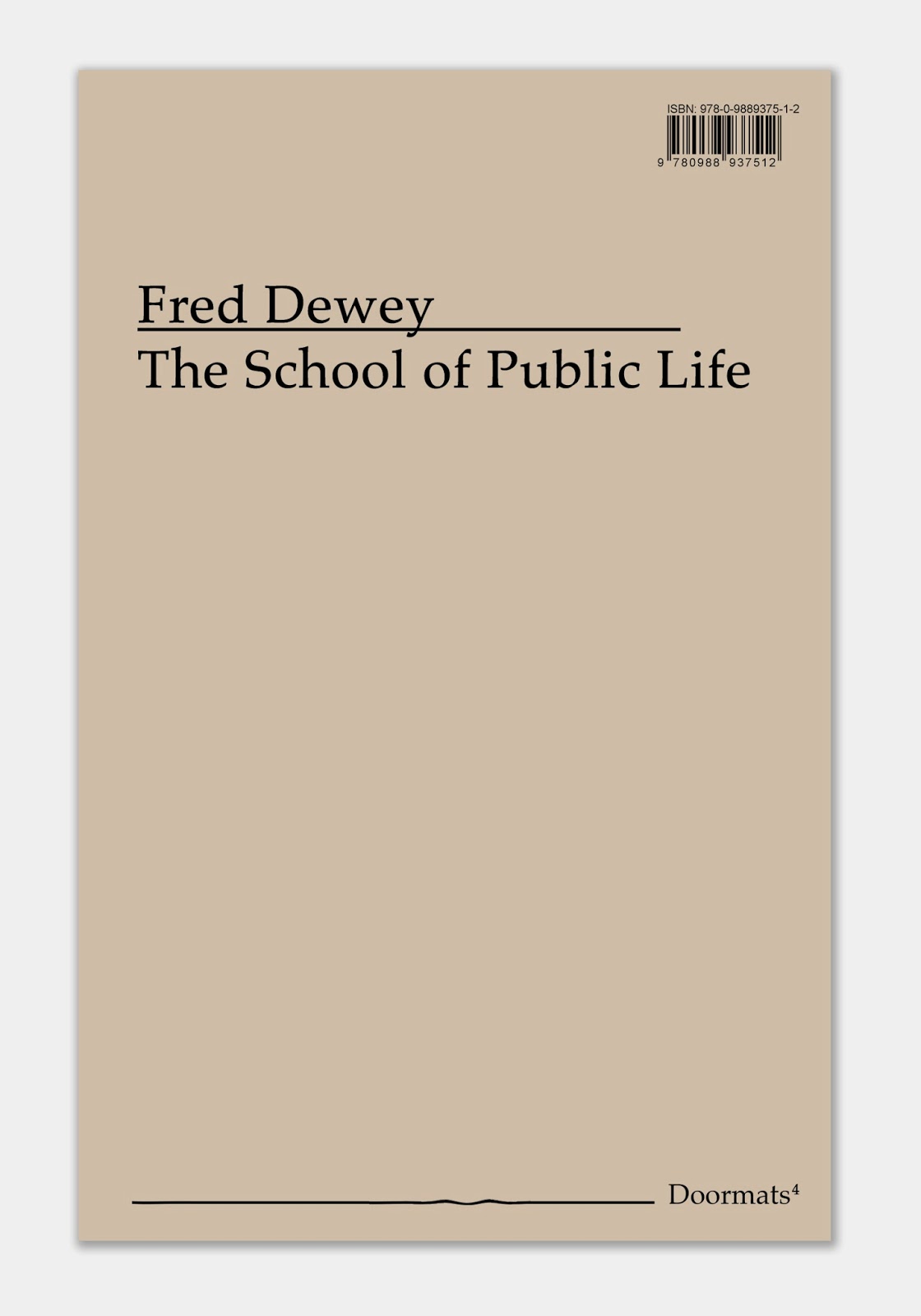 We are pleased to celebrate the release of:

The School of Public Life
by Fred Dewey

Please join us for drinks, and a reading by the author

Drawing on two decades of interventions in politics and culture, Fred Dewey’s The School of Public Life records the author’s efforts to revive and rethink public space from Los Angeles to Berlin and beyond. Drawing on manifestoes, lectures, letters, and experimental texts, the book chronicles one person’s efforts to secure a space for public reality, culture, appearance, and power. From helping to found neighborhood councils in Los Angeles to directing Beyond Baroque, a public space for poetry, art, sound work, publishing, and debate, featuring discussions of the 1992 L.A. riots, Black Mountain College, and the Montgomery Bus Boycott, Dewey recounts a lived experience of self-government face to face with the rise of manufactured reality and an unknown political history. How can we answer the falsehoods of economics, parties, and a new slavery of constructed powerlessness? Working from the examples of Hannah Arendt, poet Charles Olson, writer John Berger, Rosa Parks, Martin Luther King, Jr., and others, Dewey’s account of life experiences and thinking, public gesture proposes a new kind of school, one powerful enough to address all our conditions – a school for the people and their life.

The School of Public Life is the fourth issue of the new book series Doormats published by Errant Bodies Press. The series aims at contributing to the now, addressing issues that are present and that demand presence.