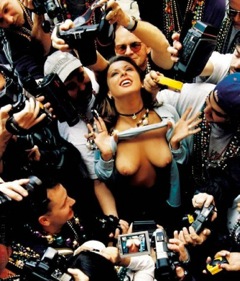 “Tittytainment” was a term coined by Zbigniew Brzezinski, the National Security advisor of US president Jimmy Carter, essentially to convey the idea that a mixture of “intoxicating entertainment and sufficient nourishment” can “tranquilize the frustrated minds of the globe’s population.” The term gained currency during the famous first State of the World Forum held at San Francisco’s Fairmont Hotel in 1995, where this idea was apparently proposed as the solution to the “20-80 society” of the 21st century.

I first found the word Tittytainment in the book “The Global Trap”(1997) by Hans-Peter Martin and Harald Schumann. They describe the expression like this:

“…The pragmatists in the Fairmont Hotel reduce the future to a pair of numbers and a term: “20 to 80” and “tittytainment”. 20 percent of the working age population will be enough in the coming century to keep the world economy going. “More workers will not be needed”, said magnate Washington SyCip. A fifth of all jobseekers will be enough to produce all the goods and perform all the top-flight services that the world society can afford…. What about the others? Will 80 percent of those willing to work be without a job? “Certainly”… The question in the future will be “to have lunch or be lunch”, to eat or be devoured. ….The term “tittytainment” makes the rounds… The frustrated population of the world could be kept happy with a mixture of numbing entertainment and adequate food. The managers soberly discuss the possible doses and reflect how the wealthy fifth can employ the superfluous remnant…. The organizers of the three memorable days in the Fairmont imagined themselves underway to a new civilization. However, the direction envisaged by the assembled experts from the executive floors and science leads directly back into the pre-modern age… The world model of the future follows the formula 20 to 80. The one-fifth society is brewing in which the excluded will be immobilized with “tittytainment”.”

There are many books written on the subject and people who try to spread information about this kind of phenomenon, who try to open our eyes to at least be a bit critical towards the values that rule the world today. We work hard, we consume loads, and we speak less and less about human values. Materialism is the new religion, we think we do need all this stuff for real. And in the flow of information that gets to us through all possible angles we have no longer the energy to question what is really happening. It is a tricky question, and to bring it up often generates a lot of resistance. People feel stressed about it, of course. And this project cannot claim to pass any truths, its all speculations and personal theories. But what the project wants to communicate is that we will not stop talking about it, we have to continue to reflect about how it looks and express our own feelings of being trapped in this Tittytainment-world, if there is one?

Ylva Bentancor is a Swedish sound artist and composer, with focus in telling sound stories about phenomena’s in the society to create lines of thoughts within the listeners using sounds/instruments as language. She graduated from the Royal College of Music in Stockholm in 2000, with a diploma in Composition. After graduating she where one of the founder and editors of the web magazine Tritonus.nu who later also took over and renewed the Swedish Contemporary music journal in Sweden, Nutida Musik (founded 1957). Between 2003 and 2006 Ylva worked in the department of Composition/conducting at the Royal College of Music, responsible for seminars of Aesthetics and mentor. She’s been involved in projects of many kinds, from school cooperation’s at the Modern Museum in Stockholm to sound art-projects in the Middle East, and in Europe.
www.ylvabentancor.com 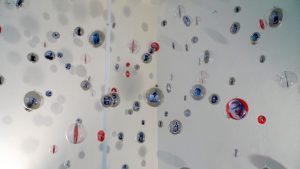 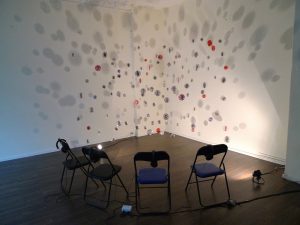 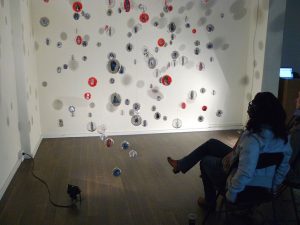