four and one / Stefan Thut 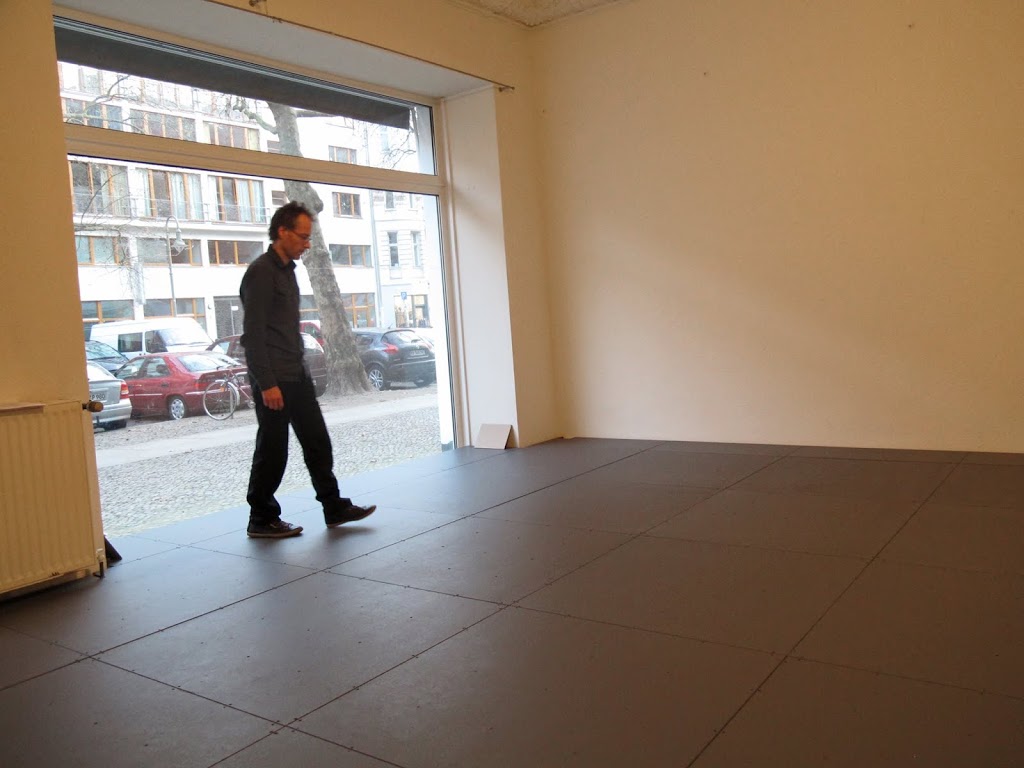 four and one
Intervention in the installation Rhythms Of Presence by invited guest Stefan Thut
From 5.12. – 7.12. 2015, between 15:00 – 18:00 daily
Errant Bodies
Kollwitzstrasse 97
10435 Berlin
www.errantbodies.org
four and one (2015)
Stefan Thut’s intervening activities within Tao Vrhovec Sambolec’s installation at Errant Bodies Project Space involve recording, playback and walking inside the gallery space, mirroring inherent themes of the installation itself. Each one of four sectors of the space is recorded through the resonance of an acoustic instrument evoked by the Rhythms Of Presence. The recordings obtained are played back at four positions via plates of cardboard. The performing activity is to turn the devices on and off resp. to set them into a state of “0” resp. “1”. Going from one position to the other equals the change from one state to another within a 4-digit gray-code arranged on a so-called “Karnaugh-map”, a complete cycle encompassing 16 states. The cadence regarding the change within the pattern is reciprocally dependent on the uncontrollable Rhythms Of Presence: in reality Thut’s activity is controlled by the unknown passersby. The secondary sound-installation is driven by and derived from the primary setting at Errant Bodies Project Space echoing previous moments in time and producing a bodily inhabitation/intervention.
As a composer Stefan Thut is interested in processes and scores being relatively determined but still unpredictable in their sonic results. Instead of instrumenting in traditional ways phonographies as well as everyday material serve as components in his work. Notably cardboard and paper play a role in his latest series of scores begun with “two strings and boxes”. Whereas in the latter the box is used as table and vehicle, in subsequent works its functionality as space and resonator for recorded sound gained the composer’s attention.