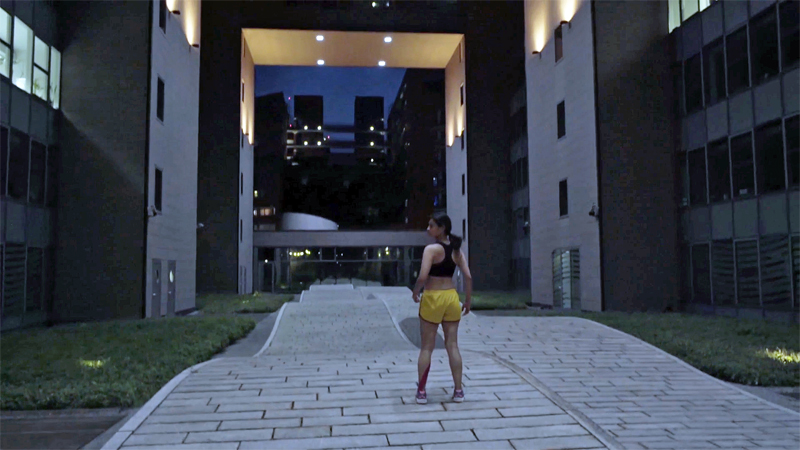 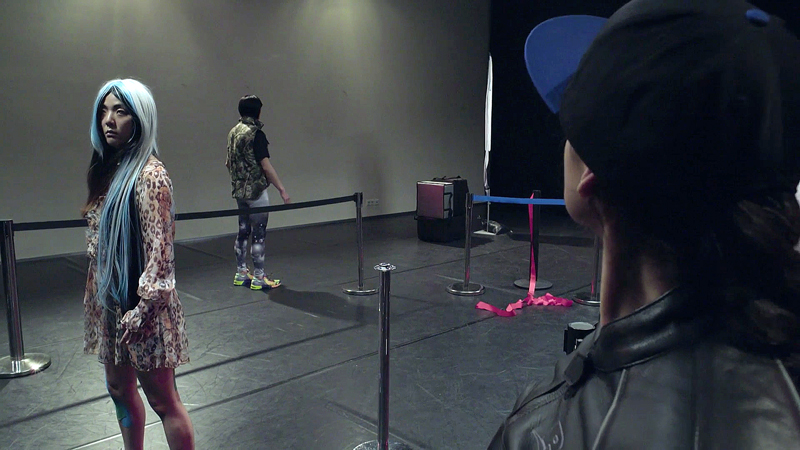 Freeroam A Rebours, Mod#I.1 by Stefan Panhans with music by Kirsten Reese

»Freeroam À Rebours, Mod#I.1« takes as its point of departure various shortcomings in the behavior of videogame avatars controlled by human players. These ›failurescenarios‹ are transposed onto the bodies of real performers, and recreated in the medium of film. Such ›failed behaviors‹ by game avatars – including displacement activities, idling behaviors, repeated failures to perform an action, the imperfect approximations of human movements and gestures – are generally considered to be the result of inadequacies and inability, especially in a society shaped by the pressures of functionality, economic imperatives and (self-)optimization. At the interface between experimental film, videoclip, performance and contemporary dance, Panhans’ film reworks these ›mistakes‹. It shows dancers and actors who have analyzed and rehearsed the flaws in the algorithmic patterns of avatar movements, caused by the moments of uncertainty or lack of concentration in the people controlling them. The performers ›reenact‹ these mistakes against backdrops and scenery borrowed from videogames, interspersed with sequences from the games. The camerawork closely echoes the ›camera‹ movements typical of videogames, and the performers interact with both their environment and the camera operators, whose movements form part of the choreography. The digital electronic music, composed especially for the film, resembles videogame music; together with the special montage editing techniques, it gives this engaging choreography of failure an underlying rhythm. As such, Panhans’ film gives expression to an artistic form of performative resistance ›à rebours‹ for our contemporary social situation, against the goal of functionalism. (Anne Greb, Videonale.16)