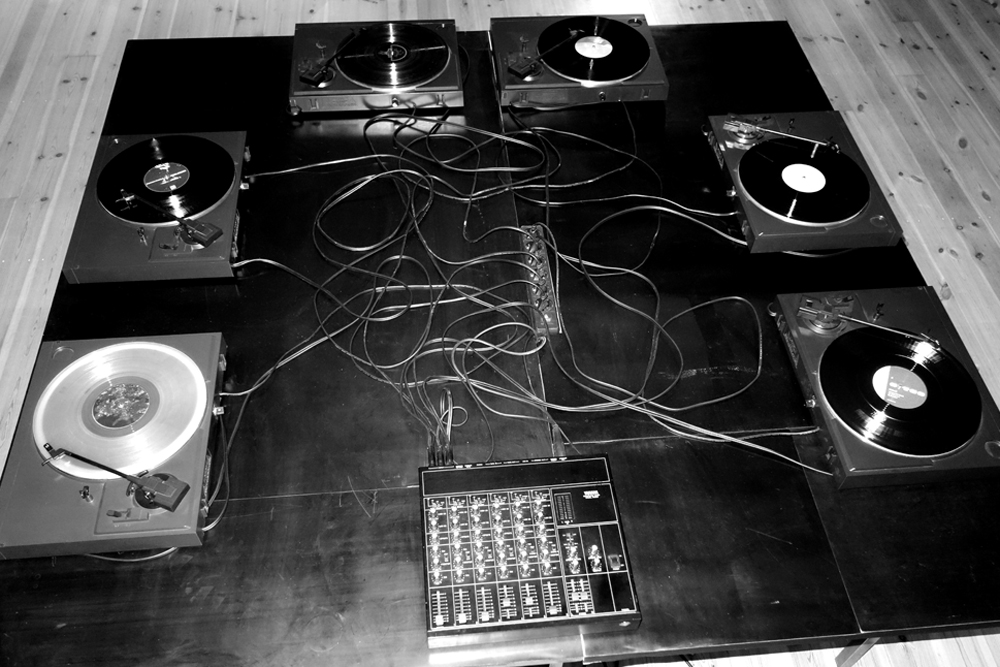 Join us this Friday at Errant Sound for a sound performance by artist Erik Smith. The performance is part of his Berlin-specific project Titanic, one of three distinct installations currently on view in his exhibition Displacements.

The project, inspired by the salvaging of a wooden shelf from an underground bunker in Berlin- Mitte, draws on sculptural and sonic means to allude to the site’s eerily associative, contrasting phases: a theater in the nineteenth-century known for its performances of Jacques Offenbach’s Orpheus in the Underworld, a neighborhood air-raid bunker during WW2, and today the newly opened four-star Titanic hotel.

For the performance, Smith uses a series of six specially modified turntables to live mix Orpheus in the Underworld 78s with techno and electronica records at radically reduced speeds, rendering these contrasting genres unfamiliar. This breakdown in the music produces a droning, multilayered atmosphere, recalling detonations and other abstract soundscapes.

Come early for an informal, artist-led tour of the exhibition; the performance will take place at 8pm and run for approximately 45 min.