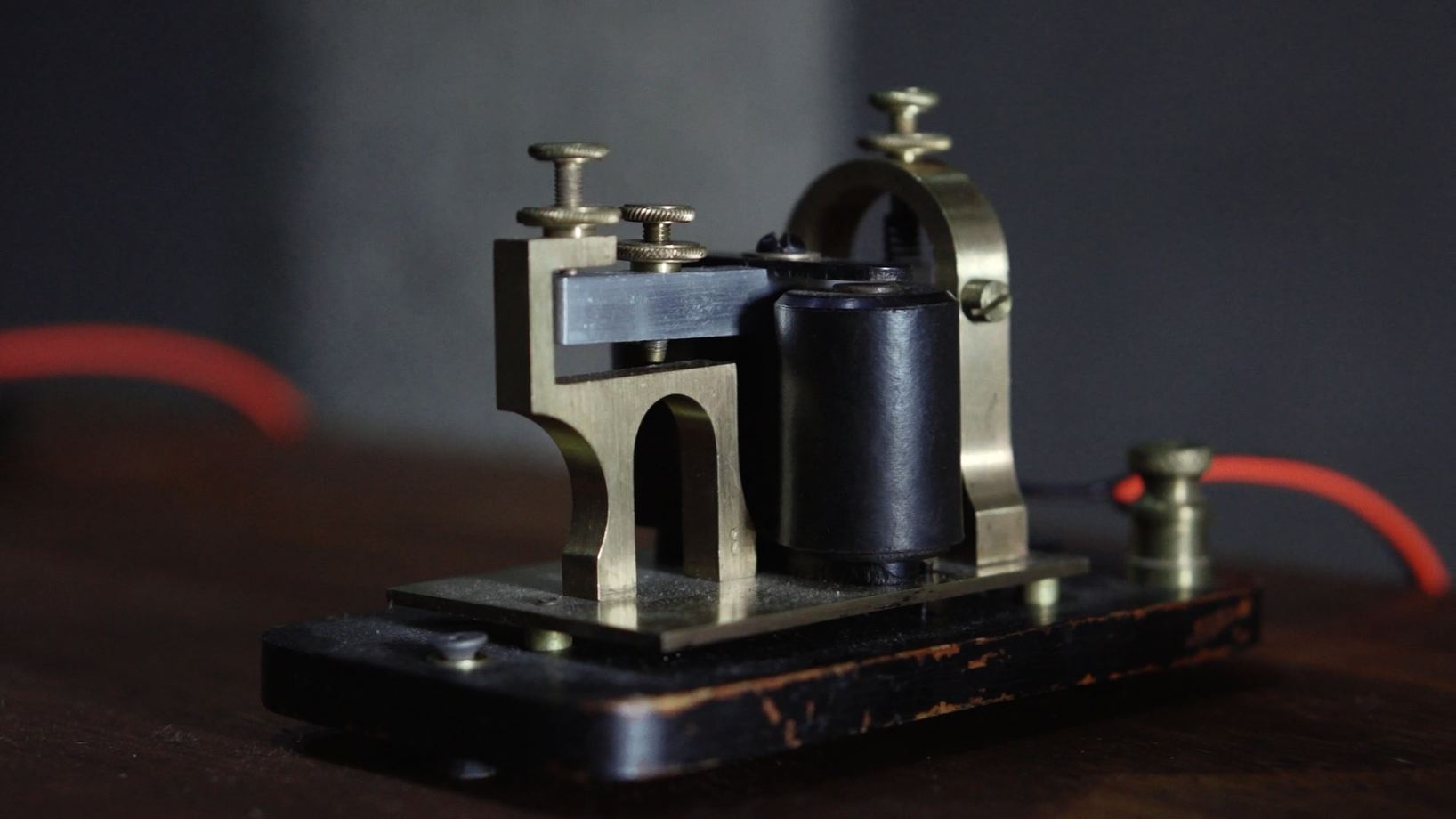 “Summerland” is an installation for an array of 24 antique telegraph sounders by the New York based sound artist Matthew Ostrowski. After the work has been presented for the first time in Europe at Zebrastraat in Ghent, we are happy to bring it now to Berlin! The exhibition will be accompaigned with a talk of Matthew Ostrowski and Anne Wellmer at the finissage.
The installation consists of old Morse code receivers, which mechanically produce tapping sounds. They were the dominant form of long-distance communication for most of a century. These devices are arguably the first digital-to-analog converters, turning binary information into an audio stream of rhythmically modulated clicks. It is also, by its use of fluctuating voltages to create sound, the ancestor of the audio speaker, the
telephone, and most modern sound reproduction technology.

This work recuperates this most ancient of electric sound producers, using modern, computer-controlled forms of digital transmission to reanimate this prototypical apparatus, so it can speak once again. This work uses speech and text from two major figures in 19th-century communications as source material which drives the choir of sounders.
One of those voices is that of Samuel Morse himself, the inventor of the electromagnetic telegraph, and excerpts from his writings and letters are translated into the dot-dash code that bears his name – a cipher once understood by many but now on the verge of extinction. The other is that of the medium Kate Fox, whose experiences of ghostly ‘rappings’ in her house a few years after the invention of the telegraph led to the founding of Modern Spiritualism, and the craze for communicating with the dead that lasted well into the 20th century. The generative algorithms of Summerland use transcripts of Fox’s séances in an attempt to synthesize her voice, an obviously impossible task with 19th-century technology.