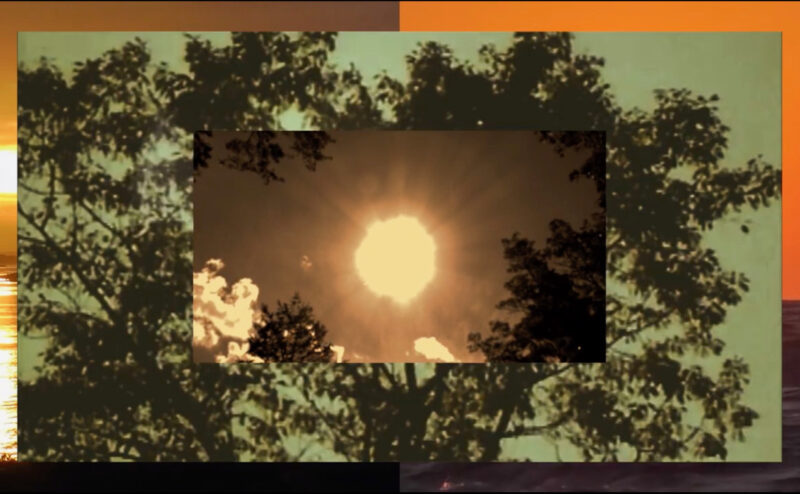 Errant Sound is pleased to host this second evening of performances and presentations as part of The Listening Biennial, with:

The event is free. Please bring a negative test, or proof of vaccination.

The event is taking place in the building behind Errant Sound – Rungestrasse 20, Aufgang 5, top floor – as well as outside alongside the river: when arriving at Errant Sound, continue through to the second back hof, you’ll see signs guiding you.

Craving silence and attention desperately, our oversaturated and individualistic western worlds have often overlooked and diminished the relevance of listening practices. Within the fiction of time and space scarcity, listening has come to be misunderstood as a protocol, a commodified service, a counterintuitive instinct, a sign of ‘passivity’, an interruption of our hyperaccelerated pace – almost a sacrifice. We listen as a sign of ‘social respect’ and domestication, we listen because we are tamed. How could we understand listening as an untamed practice and how to expand the notion of the untamed beyond the binary of civilized and savage through listening? How could we desaturate our environments to reclaim our listening potential? How does listening serve as a tool for deothering and debordering? Which voices voice voice and what remains unvoiced? Which channels do we listen to and which remain unactivated? Who listens to those who listen?

Through a braided narrative, in which three voices are interwoven, a garden full of Nettles, and other plants, will offer us all a  journey through inner soundscapes, intimate thoughts and sensorial impresions, agrestal pondering and some noises. The intervention is conceived as a an investigative space for untamed listening practices, a frame to listen with the haptic and other senses, a contained space to explore the imaginaries of the active and the passive, a space to unnumb our sensitivity and to approach the medicine and mystery nettles through our listening potential. We aim to create time and space and to project underground memories.

Daniela Medina Poch is a conceptual artist and wild researcher who enjoys writing. Through site-specific, research-based work, her hybrid practice explores unconventional approaches to environmental intersectionality and climate justice. Observing everyday life correlations between language, identities and territories, her investigations aim to deconstruct hegemonic discourses and categories which perpetuate asymmetric power relations. She is also interested in the poetic potential of disruption and its subsequent fertility. She is currently part of the MA program Art in Context at the University of the Arts in Berlin, CO-RE and the Neue Auftraggeber Network through which she is currently mediating a process of water sovereignty in Barichara, Colombia.

KMRU, Variations (untitled)Variations (untitled) is a performative iteration of a three channel installation by KMRU whereby listening is core in the piece; an invocation to understand soundscape and field recording as a process of awareness of the conditions of everyday life.

Currently studying sonic arts in Berlin, Joseph Kamaru aka KMRU is a Nairobi-born, Berlin-based sound artist whose work is grounded on the discourse of field recording, noise, and improvisation. His work posits expanded listening cultures of sonic thoughts and sound practices, a proposition to consider and reflect on auditory cultures beyond the norms, and an awareness of surroundings through creative compositions and installations. His last three albums, 2020’s “Peel”, “Opaquer” and “Jar” received high praise from Resident Advisor, DJ Mag, NPR, and Bandcamp, KMRU is part of SHAPE platform roaster of artists for 2021. His works have been presented in NyegeNyege Festival (UG), CTM Festival (DE), GAMMA (RU), and Mutek Montreal and Barcelona.

Mendi + Keith Obadike, The SunThe Sun is a 43 minute sound-film originally presented as a quadraphonic piece at Fridman Gallery in New York. The piece takes its general structure from the Egyptian text Hymn to the Aten. The text is framed by an Igbo Proverb (Nigeria) about the Sun: “The sun will shine on those who stand before it shines on those who kneel under them.” The piece touches upon the lives of four African visionaries across time: Moms Mabley (African American pioneering comedian), Toussaint Louverture (Haitian revolution leader), Queen Nanny (Ghana-born, Jamaican freedom fighter) and Henry Box Brown (19th century African American abolitionist and performer).

The Sun was written during May-June of 2020, a time of much political discussion around kneeling in America. There had been ongoing debates around African-American football players kneeling and that gesture’s relation to American patriotism or dissent. Kneeling became a political topic again after the murder of George Floyd, an African-American man killed by Derek Chauvin, a white police officer, kneeling on his neck.

This sound-film was made using original and archival images, voice, an analog modular synth, a 7 stop processed harmonium (with contact mic and room mic), field recordings, and processed custom bell plates. The bell plates were cut and shaped for this project and include small 4” to 8” inch brass plates and a large 47” steel plate. The bell plates are activated by transducers and friction mallets. The processed field recordings were made in the Watchung Mountains.

Mendi + Keith Obadike have exhibited and performed at The New Museum, The Studio Museum in Harlem, The Metropolitan Museum of Art, and The Museum of Modern Art. Their projects include a series of large-scale, public sound art works: Blues Speaker (for James Baldwin) at The New School and Free/Phase at the Chicago Cultural Center & Rebuild Foundation, among others. They have released recordings on Bridge Records and books with Lotus Press and 1913 Press. Their honors include a Rockefeller New Media Arts Fellowship and a New York Foundation for the Arts Fellowship in Fiction, among others. Their recent projects are Anyanwu, a public sound installation; Book of Light, a sound and light show commissioned by Carnegie Mellon University; Lift, a meditation on the the song known as the Black National Anthem (“Lift Every Voice And Sing”); the overnight musical work, Lull, a sleep temple; and a sound-film entitled, The Sun. Keith is a professor in the Department of Communication at William Paterson University and Mendi is an associate professor in the Department of Humanities and Media Studies at Pratt Institute.