Errant Bodies is pleased to present an intimate, informal evening with Fred Dewey, Simone Forti, and Jeremiah Day. Part of an ongoing collaboration between these three figures of different generations and backgrounds, the evening will explore the common theme of “NewsAnimations,” a form Forti invented to address what is going on in the world and how it can animate art, the civic space, and lived experience. Through discussion, video documentation, and new performance sketches, the evening will reflect upon the inter- and cross-disciplinary strategies the three have developed independently and together for thinking through experience, event, fact, representation, and response, both artistically and civically.

Dewey, Forti, and Day have collaborated since first meeting at Beyond Baroque Literary / Arts Center, where Dewey was director, in the late 1990s. Since then, Day and Forti have performed together at Dublin’s Project Art Centre and with Dewey at the ICA in London, the Box in Los Angeles, and at Ludlow 38, the Project Room of the Goethe Institute, New York City.

Fred Dewey is a writer, teacher, editor, and activist based in Los Angeles. He directed Beyond Baroque Literary/Arts Center in Los Angeles from 1995 to 2010, where, in the late-1990s, he worked with Brandon LaBelle, hosting several site-based sound festivals and numerous sound events. He curated and hosted numerous multi-discipline events concerning the news. While at Beyond Baroque, he edited and published over 19 books and anthologies featuring works and pieces by Simone Forti, Ammiel Alcalay, K. Curtis Lyle, Daniel Berrigan, and Jean-Luc Godard. He has written as an essayist on cultural, political, and news topics, including for London’s New Statesman, Metropolis, LA Forum for Architecture & Urban Design, Los Angeles Times, Coagula, Most Art Sucks (Smart Art), The Architecture of Fear (Princeton Architecture), Cork Caucus: On Art, Possibility, and Democracy, and The Journal of Aesthetics & Protest. In Los Angeles, Dewey co-founded the Neighborhood Councils Movement, helping secure councils in the city charter. In 2011 and 2012, he has led a weekly open public seminar on the works of Hannah Arendt, her influences Walter Benjamin and Karl Jaspers, and their relation to the arts and current events, at General Public in Berlin. Dewey’s most recent work includes contribution to a pamphlet by Jeremiah Day, The Lowndes County Idea, and A Polis for New Conditions, republished by Zen Monster.

Simone Forti is an internationally acclaimed dancer / choreographer, artist, and a writer. She was a seminal figure in the Judson Dance Theater community that revolutionized dance in New York in the 1960s and 70s. She has performed and taught in the US and Canada, Europe, Asia, and South America. Her current News Animation performances are solo or conversational duet improvisations in movement and language – mosaics of details, impressions, and questions in response to the world brought to us by the news. Her book Handbook in Motion – an account of an ongoing personal discourse and its manifestations in dance was published by the Nova Scotia College of Art and Design Press (1974). A book of writings and drawings, Oh, Tongue, was edited, designed, and published with an afterword by Fred Dewey, and a postscript by Jackson Mac Low, for Beyond Baroque (2003). Forti’s performances and artworks have been featured at prominent institutions around the world, including MoMA in New York, MoCA in Los Angeles, and a current show at the Zentrum für Kunst und Medientechnologie in Karlsruhe, Germany. Forti has collaborated with numerous artists including Robert Morris, Nam June Paik, Peter van Riper, Zev, Oguri, and others, and in 2011, she received the prestigious Yoko Ono Lennon Courage Award in the Arts. She is based in Los Angeles where she grew up.

In Jeremiah Day’s work, questions of site and historical memory are explored through fractured narrative, employing photography, speech, and improvisational movement. A hybrid form of realism, Day appropriates historical incident to serve as allegory and example. From 1998-2000 Day was artist in residence at Beyond Baroque in Los Angeles under director Fred Dewey. His work has been informed by his time in Simone Forti’s Los Angeles open workshop, with improvisation and composition as a form of dealing with subject matter rather than “expression.” Day and Forti collaborated on the exhibition News Animations / No Words For You, Springfield in 2008 at Project Arts Centre, Dublin. In 2010, Day completed a project dealing with the daily news, LA Homicide, an installation of photographs and accompanying performance that begins from the Los Angeles Times daily blog The Homicide Report. Day is represented by Ellen De Bruijne Projects, Amsterdam, and Arcade, London. He has shown his work at the Centre d’art Contemporain, Troyes; Kunstlerlhaus Stuttgart; Freymond Guth, Zurich; Kunstverein Hannover; and in 2011 presented an ongoing project on Hannah Arendt’s “Crisis in Culture,” timed with its 50th anniversary, in England, Holland, and Germany. His current show Of All Possible Things can be seen at Site Gallery, Sheffield, as part of his ongoing commission from If I Can’t Dance (I Don’t Want To Be Part of Your Revolution). Day’s most recent publication is Autonomy, published by Site Gallery. He is based in Amsterdam and Berlin. 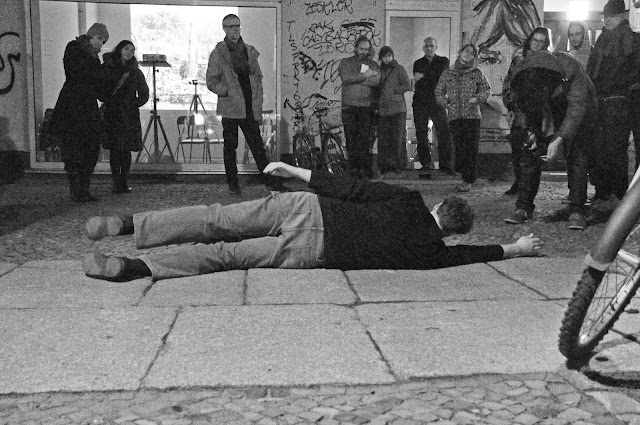 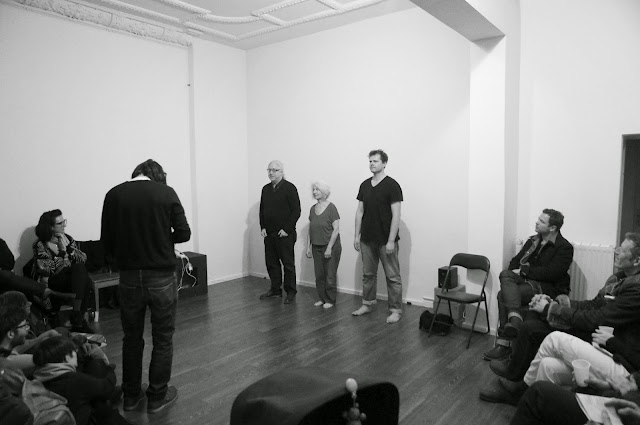