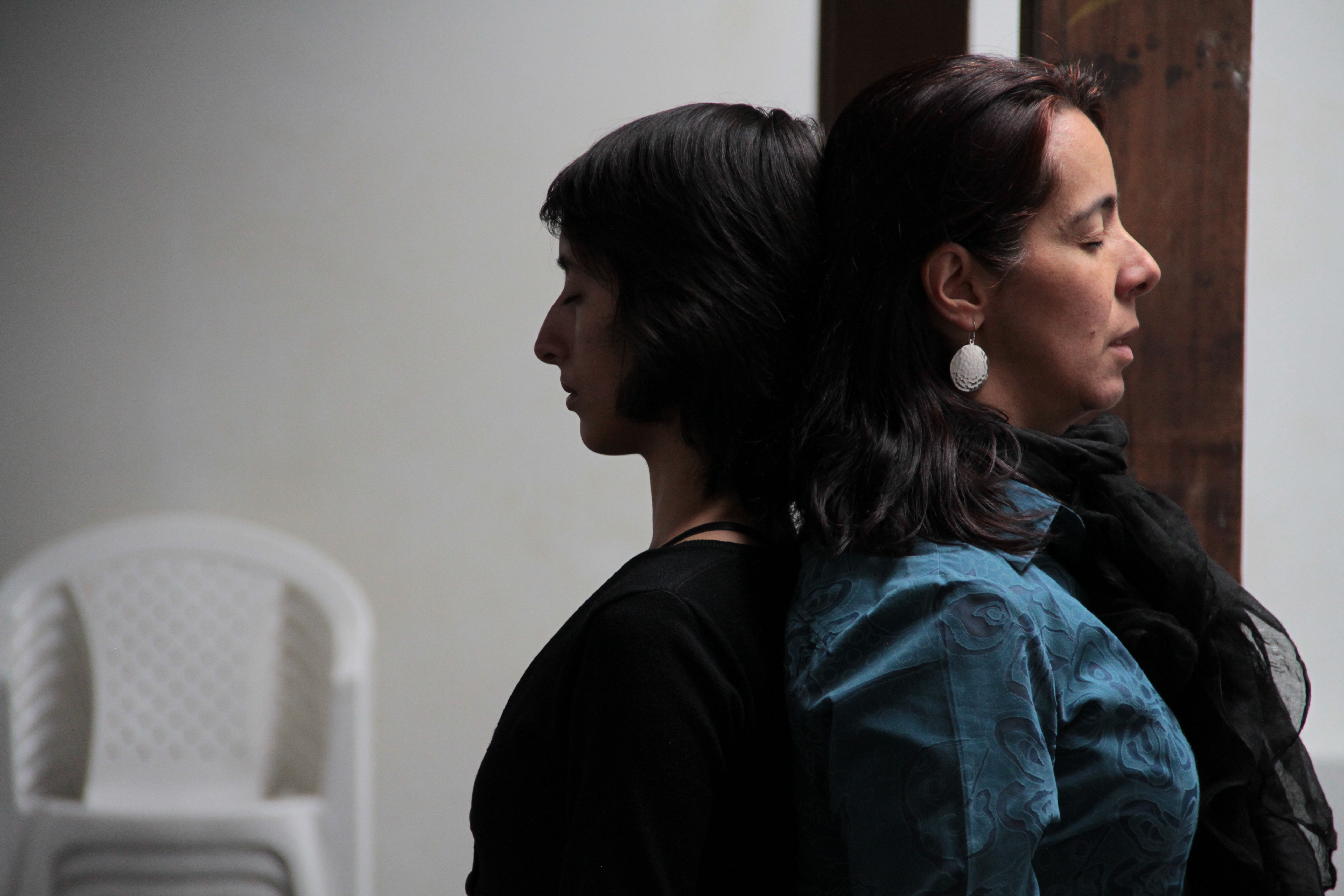 Artist talk with Ximena Alarcón
On dis-location: listening and re-composing with others

Ximena Alarcón is a UK based Colombian sound artist and Research Fellow at CRiSAP, London. Her practice-based research focuses on the creation of telematic sonic performances and networked environments to expand our sense of place, using field recordings and spoken word in urban and migratory contexts. She is interested in listening to interstitial spaces, such as dreams, underground transportation, and the ‘in-between’ space in the context of migration. To evoke, connect to, and share memories of sonic space her practice involves Deep Listening, telematic sonic improvisation using spoken word and everyday sonic environments, and the creation of online interfaces for relational listening that expand our sense of belonging and place.

She has a PhD in Music, Technology and Innovation, from De Montfort University, awarded in 2007 for the Thesis “An Interactive Sonic Environment derived from commuters’ memories of soundscape: a case study of the London Underground”. She was awarded with the prestigious Leverhulme Early Career Fellowship 2007-2009 for the post-doctoral project “Linking urban soundscapes via commuters’ memories”. She gained a Deep Listening Certificate in 2012 by the Deep Listening Institute. Since 2011 she has been Research Fellow at Creative Research into Sound Arts Practice (CRiSAP), London College of Communication, where she develops ‘Networked Migrations’ project, looking at the in-between sonic space in the context of migration through the practices of telematic sonic performance and Deep Listening. In 2015 she launched with Cathy Lane the project ‘Sound Matters Framework’ which explores the interrogation and relational playback of Field Recordings and Speech. Now Ximena is focusing on the creation of Interfaces for Relational Listening.

Her art projects include: the online environment Sounding Underground (London-Mexico-Paris); and Networked Migrations – a series of telematic performances exploring, through Deep Listening migration and dislocation, in UK, Colombia, Mexico, Troy, France, Linz and Bangalore. In 2015 she had an art residence for the Srishti Interim 2015, at the Srishti Institute of Art and Design, in Bangalore – India. Her last performance Suelo Fértil [Fertile Soil], commissioned by UNESCO, became a telematic sound art collective for migrant women.

Ximena has been a course leader and lecturer for the MA/MSc in Creative Technologies at the Institute of Creative Technologies (2010 and 2013), and has taught in various courses of Arts, Humanities and Design at De Montfort University, and the Universidad Externado de Colombia. She currently teaches at the BA and MA in Sound Arts at the London College of Communication and a tutor for the Deep Listening Training Program at the Center for Deep Listening at Rensselaer Polytechnic Institute.