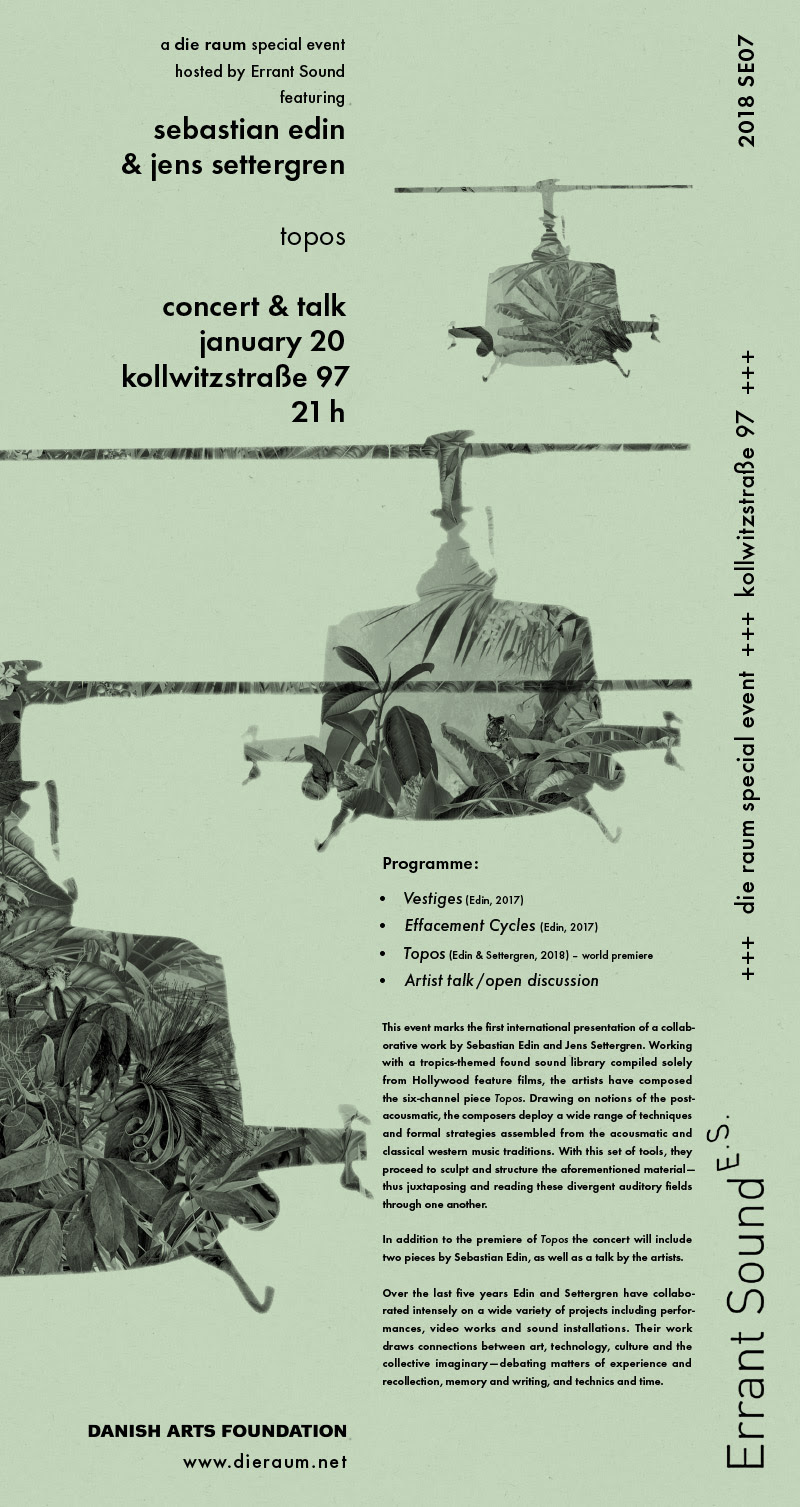 This event marks the first international presentation of a collaborative work by Sebastian Edin and Jens Settergren. Working with a tropics-themed found sound library compiled solely from Hollywood feature films, the artists have composed the six-channel piece ‘Topos’. Drawing on notions of the post-acousmatic, the composers deploy a wide range of techniques and formal strategies assembled from the acousmatic and classical western music traditions. With this set of tools, they proceed to sculpt and structure the aforementioned material —thus juxtaposing and reading these divergent auditory fields through one another.

In addition to the premiere of ‘Topos’ the concert will include two pieces by Sebastian Edin, as well as a talk by the artists.

Over the last five years, Edin and Settergren have collaborated intensely on a wide variety of projects including performances, video works and sound installations. Their work draws connections between art, technology, culture and the collective imaginary—debating matters of experience and recollection, memory and writing, and technics and time.

‘Topos’ is a special event in connection with Jens Settergren’s upcoming exhibition in die raum – opening 27.01.2018