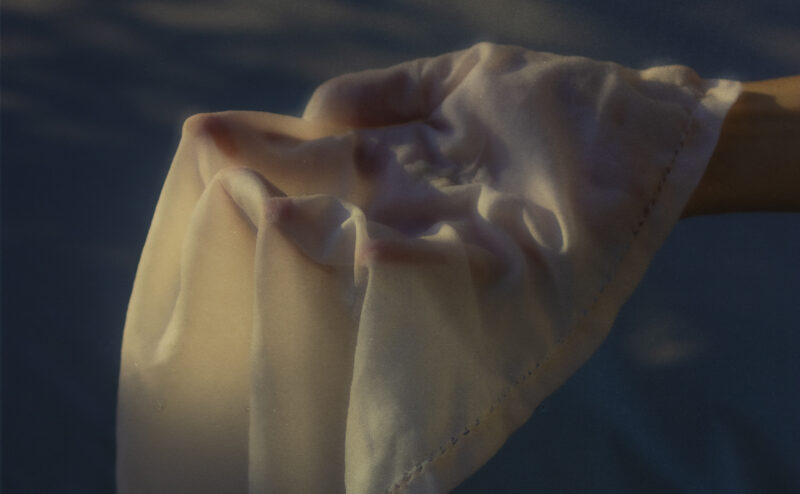 NARVAL (Evgenija Wassilew & Peter Strickmann) creates acoustic dialogues by making use of everyday objects, self-designed instruments and a variety of acoustic feedback techniques. Narval uses the specific architectural conditions of the exhibition space: a selection of acoustic feedbacks, generated and modulated live on site, moving through the space like acoustic drawings. The space is acoustically scanned, amplified, and vibrated. Likewise, everyday objects such as teapots, smartphones, and one’s own voice are used in the performance. The theme of invisibility as an essential characteristic of sound, and noise is performed in a sequence of dialogic and improvised moments.


Starting from the individual and collective routines of listening, the Berlin-based sound and performance artist Peter Strickmann realises site-specific installations and performances. He has received international fundings and scholarships, including from the Stiftung Kunstfonds, the Goethe-Institut Finland, the Künstlerhaus Bremen and Braunschweig PROJECTS. His installations have been shown at various venues, such as zeitraumexit Mannheim, Staatliche Kunsthalle Baden-Baden, Errant Sound Berlin, Bundeskunsthalle Bonn or Titanik Turku. Strickmann performs solo and as a member of various free music, noise and performance groups. Some of his solo and ensemble projects have been released on vinyl and music cassette on labels such as Ana Ott (D), Stenze Quo (NL), Rayon (UK), Dazy&Holy (D) or SPAM (D), among others. Since 2020, Strickmann has been running the
audio+print publishing house Klappkart.

Rumbled the torture of self-giving,
in a vehement song,
in a roaring offering,
to the voracious mystery of silence.

VICENDA D’ACQUE (A TALE OF WATERS) is a new performance work by sound artist Lola Posani and dancer Erica Meucci. Taking the title from a poem by Antonia Pozzi, in Vicenda d’acque the everyday actions of wetting, rubbing and dripping water become sound cells, fragments of acoustic significances to be broken up and recomposed. The calm of a familiar event is contrasted with the tension of the return to music’s oldest roots, namely a sensory disruption. The action of dripping wet cloths creates new and unexpected rhythmic structures, allowing the audience to discover the acoustic pleasure of accidentality. The performance accommodates the banality and sacrality of the healing act while allowing the emergence of compositional intuition. Cleaning is intended as a ritual through its cyclical repetition, never turning into alienation, but becoming a state of deep connection between body, sound and material. In the live-performance, a dramaturgy is developed starting from the desire of the body seeking-for-care, and thus the body offers itself to the other.

Lola Posani is an Italian sound artist, independent curator and Deep Listening facilitator currently based in Basel. After graduating in New Media from the Luchino Visconti Civic School of Cinema in Milan, she studied performing arts at Conia – School of Performing Arts, run by director and choreographer Claudia Castellucci. While working with performing arts, she started to focus on the voice, she has specialized in Vocal Functionality Method (Scuola Voce Mea) and sound dramaturgy (Francesca della Monica). Currently she is interested to work in the marginal area between performing arts, writing and music, both as a performer and as a curator. She is the founder and curator of Akrida – Sound Art Festival in Milan presenting international artists who identify as women and non-binary. She has trained at the NODE Center for Curatorial Practices (Berlin) “Decolonizing Curatorial and Art Practices” and “Art, Activism and the Environment: Practical Approaches to Contemporary Ecologies.” Also, she is certified facilitator of Deep Listening (Pauline Oliveros) since 2022. Lola Posani writes, among others, for the journal “A Row of Trees” run by the Sonic Art Research Unit (SARU) – Oxford Brookes University. In June 2022 she debuted the podcast “Kaikokaipuu” on Fango Radio, and she curates the concert series “Figure di Filo” at the Casaforte Atelier in Naples, supported by Fondazione Morra.

Erica Meucci is an Italian dancer and choreographer. After graduating in Theater-Dance Studies at the Civica Scuola di Teatro Paolo Grassi in Milan, she has deepened her choreographic research at L’Arboreto Teatro Dimora in Mondaino with Simona Bertozzi, Myriam Gourfink and Kat Vàlastur, and at Teatro Comandini with Romeo Castellucci, Claudia Castellucci and Chiara Guidi. Her work has been presented at Fabbrica del Vapore Milano, Festival Orizzonti Verticali Siena, PARC Florence, S. Rocco Festival Grosseto, Teatro Niccolini Florence and Teatro Verdi Padova. In 2019 she has received the honorable mention from the National Dance Award Golden Sphere, Padova. She is the choreographer of “Nozze d’Oro” directed by Giampiero Solari, and she is assistant choreographer for “Bìa. A new step, her own word” for the Macerata Opera Festival 2020. She is co-founder and director of “Laagam collective”, for which she has conceived and co-conducted “Live Practice”, a performing arts workshop on musical improvisation and dance, supported by Fondazione Milano, Fattoria Vittadini. In 2021 she initiates the performing arts residency project “ORA – Orobie Residenze Artistiche”, and she is co-director with Marco Benetti of the “Rami d’ORA Festival” in Sondrio. Furthermore, Erica Meucci works as choreographer for the opera “La Voix Humaine” at Theatre Les Salons in Geneva.

We recommend wearing an FFP2-mask inside.